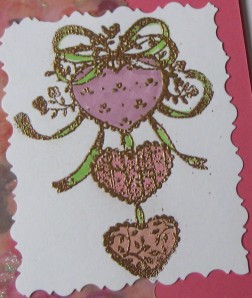 Last week I wrote about voyeurs and this week I want to tackle what I will call the “stalkers”. Here’s an example of a private message sent to me on Facebook:

hello dear i did some criteria search for singles women and felt you was interesting so why not check out mine and get back to me if you like what you see,still new to this,a old friend told me about it,he actually met his wife through facebook so i thought i should give it a try,i hope this doesn’t sound like an embarrassing to you because i do know not everyone uses facebook for dating but i hope you are also single and searching like i do,i also notice the distance between us so don’t let it scare you away Love will always find you

I’ve had them from all over the world. Some telling me how beautiful I am but mostly wanting to hook up. I’m not the only woman to get them (I have not polled men on this though!) At first they seemed to come mostly from Africa and I though “green card?”

Hello babe am here with you now  How was your day?And what have you been doing since morning ….My name is  . . .

Babe? I’m no one’s “babe” much less his. It’s hard now for these people to send a message on facebook (many go to my spam folder so I don’t even see them) without sending a friend request.  When I get these I tell them that I am married with three kids and a Christian author. Not looking for “that” kind of relationship.  One man responded with “Whatever” and then three weeks later asked “Are you married?” Wow. Guess I must have really made an impression on him or he’s desperate!

This all points to the need for wisdom of who you choose to “friend” on Facebook.  When I first started I only “friended” people I knew (how’s that for turning a noun into a verb?). As I decided to use my Facebook page as part of my platform I began to “friend” other writers. Now I typically won’t friend someone unless we have mutual friends or I can see a logical reason (they are a writer too – or a fellow believer). Every once in awhile someone will have already befriended other writer friends of mine so I’ll give them a chance. Once I ended up blocking when it seemed that person was possibly a hacker.

And that’s always the final option. Someone crosses a line and I give them the boundary. if they can’t respect that then I’m like the old N’Sync song: “Bye, bye, bye!”

So, have any of you been “stalked” on facebook? What’s been your experience?