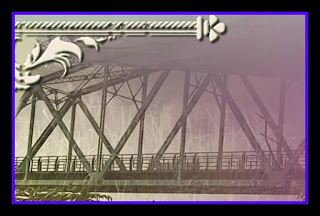 I’m following in the blogsteps of the fabulous Lisa Lickel, http://livingourfaithoutloud.blogspot.com/2012/12/the-next-big-thing-blog-hop-following.html   who posted about Meow Mayhem last week.

What is the working title of your book?

Where did the idea come from for the book?
This book is the fourth in my Rose Hill Series. The first is “The Virtuous Viscount” followed by “Lord Phillip’s Folly” and “Lord Michael’s Mischief.” I was trying to keep with the double sounding consonants in the title while trying to convey a bit of what the book is about. Theo (Lord Harrow) is really looking for love, hence the heart.

What genre does your book fall under?

Which actors would you choose to play your characters in a movie rendition?

Can you picture him in a cravat?

I try to look for pictures on-line of people (actors/models etc) that are kind of the image I have of my character. This one was hard because Theodore was kind of the anti-hero. He’s more of a cuddly teddy-bear type. Not the haughty London aristocrat, but a gentle man, strong but soft. He’s not as athletic as the other protagonists from my previous novels. Marcus (Virtuous Viscount) was very controlled and fit. Phillip was a bit anal-retentive but trim. Michael was scrappy, kind of like a street fighter, lean and muscular but on the shorter end of things. Theo is gentle which seems so much more passive in his personality. I finally hit on Emilio Estevez. Not sure if he could handle the British accent though.

What is the one-sentence synopsis of your book?
Lord Theodore Harrow wants to find love, without the drama, but in Valeria he gets more than he bargained for: adventure.

Will your book be self-published or represented by an agency?

How long did it take you to write the first draft of your manuscript?

I wrote the initial draft (85,000 words) in thirty days during November’s NaNoWriMo (National Novel Writing Month).  I’ll be doing some light edits and handing it off to my beta readers while ignoring if for a month or more before tearing it apart and polishing it. I can write a full-length novel without NaNo – but it’s fun to do it this way. I have written the previous three in this series that way. I have also written two contemporary romances without NaNo. (check out www.nanowrimo.org for more information on that kind of writing adventure).

What other books would you compare this story to within your genre?
I wish I could say that I write as well as Georgette Heyer, Julia Klassen or Lawanna Blackwell – but to be honest, my Regencies are filled with a bit more mystery and adventure than most would be. They tend to have a faster pace. This is no Jane Austen. My men struggle more with temptation too. Theo really likes kissing. I keep things clean but there is a bit of “heat” there.

I had decided all five of my male characters from Marcus Remington’s story (The Virtuous Viscount) needed their own tales. After all, these men need wives! They just have a bit more of a challenge finding their “happily ever after.” This year it was Theodore’s turn for love. Next year Captain Jared Allendale will have his opportunity but it will likely occur mostly in France, Spain and Portugal before they end up at Rose Hill.

What else about your book might pique the reader’s interest?
There’s some evil afoot. My band of men seem to keep running into a dark, sinister character known as The Black Diamond. He surfaces in the Virtuous Viscount, is in the background of Lord Phillip’s Folly, becomes far more involved in Sir Michael’s Mischief and is quite personally involved in Lord Harrow’s Heart. He’s a threat to the crown as well as to these men – and the women they love. So there’s a thread of mystery and suspense that weaves through the books. It’s not all about stolen kisses!

Look for the animals too. Some play more significant roles than others. My favorite though had to be the ferret that was in Michael’s story. There’s a sweet kitten in Theo’s tale that gives an assist at an important time.

Check out my fellow writer and friend Shellie Neumeier today at:  http://shellieneumeier.com/2012/12/the-next-big-thing-blog-hop/