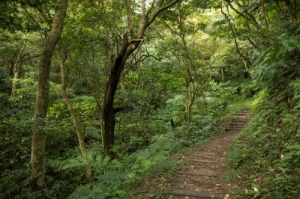 Candace gasped for breath, more from Jax’s kiss than from the running. Her heart beat fast more because someone desired her than fear of the danger ahead of them. He released her hand so they could run faster and she was surprised at her stamina given her lack of faithfulness to her morning runs in recent weeks.

Another gunshot rang out, much closer. Jax grabbed her hand and they ducked down. Now they could hear yelling. A man came running their way and Jax pushed her behind him as he waited for the man to pass. As the man came close, Jax jumped out on top of him. The gun the man was holding went off and the bullet whizzed past her right ear. She ducked as she watched them fight. Each punch Jax took, she winced.

It dawned on her that she had planned to walk these woods alone today. What if she had?

She was with a narcotics agent. Had he been here for work?

Nah. He would have been carrying a gun then, wouldn’t he?

Soon the man was unconscious. Jax untied his shoes and used the laces to bind the man’s hands. He stood and looked over to her. “Are you okay?”

She shrugged. “Just another walk in the woods for me. Well, except for the bullet that tried to take out my ear. Other than that I’m fine. You?”

He laughed. He walked over and pulled her into a hug. “I’m sorry. I’m glad you didn’t get hit. I should have told you to stay behind the tree.”

“I probably wouldn’t have listened. I wanted to make sure you were okay and didn’t need my help.”

“And what would you have done to save me?”

Candy looked down and then bent over and brought a sturdy rock up in her palm. “I used to be pretty good at pitching.”

He planted a kiss on her lips, took the rock and dropped it on the ground and pulled her down the path. “Someone else was here and might be injured. I don’t know if it is one of the good guys or bad guys.”

“Maybe you should have taken that man’s gun.”

“Nah, don’t want to mess with fingerprints and I have a suspicion we may not need it. By the way, I never did ask you what you did for a living.”

“You want to talk jobs now? I’m a nurse at Valley View Hospital. I work in the Emergency Room.”

“Perfect! Maybe God had you here today for just this reason. I don’t believe in circumstances at all. But divine appointments, definitely.”

They turned the corner and a man was in a crumpled heap on the ground. “It’s Micky. He’s one of the Narc officers. Crap. He’s been hit.”

“I guess this is my turn to save the world?” She knelt by the man and started to assess his injuries.

Jax stepped aside and motioned her forward. “He’s all yours. Tell me what to do.”

“Call for an ambulance. That would be a good place to start.”

A half an hour later as the sun was setting and mosquitoes were making a vicious appearance, Jax had waved to his friend Micky as he was driven off in the ambulance. The perp had been arrested and taken to jail and now a police car waited off to one side.

Candace’s kahki shorts were streaked with blood as were her arms and hands in spite of having wiped them off on towels.

“Come on, Sweetheart, let’s get you home and cleaned up.”

“I had them tow it to a repair shop. It’s the least I could do after you saved Mick’s life. Officer Joan Marshall will give you a ride home.”

He watched her frown. “What’s wrong?”

She shrugged. “I was enjoying getting to know you and well, it’s been such a long time since anyone has kissed me.” Her face turned a delightful shade of red. “I guess I’m just sad to see this thing between us be over so soon.”

“Who said anything about it being over?” He placed a kiss on her forehead. “I’ll be calling.”

“If I don’t, you know how to find me.” Jax stepped back and headed towards the police car. He helped her in the front seat and closed the door. She rolled down the window as the officer started the squad.

“I live nearby. I got my laces back.” He pointed down to his shoes. “I’ll jog home. Don’t worry, Candy. You’ll be hearing from me.”

He watched as the car pulled away. If he hadn’t come today, she could have been caught in a drug deal gone south. Nope, it was no coincidence that the girl of his dreams had shown up today and had the spunk to run with him into danger. He grinned to himself as he headed down the road at a steady lope. She would be hearing from him, but their first date would be far from what she expected.