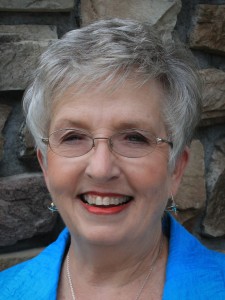 Today I welcome author DiAn Gates to my blog!

When did you decide that you would be an author? Was it something you fell into, felt called to?

I won a church sponsored writing contest at age thirteen, with an article entitled The Basis of a Great Nation is the Christian Home. The original copy is sequestered in my cedar chest and I cringe at the grammar and punctuation each time I come across this tattered piece of paper.

As a young mother I was horrified at children’s color books, so I created my own. And sold copies of my color book babies as I freelanced art shows in the deep south and at Sea World Orlando.

Those color book characters became part of a four book devotional series, The Master’s Plan, I wrote and illustrated to help parents teach their kiddos the Bible. You can’t teach what you don’t know and many parents have a limited knowledge of the Bible and the task seems overwhelming. So it’s easier to ignore and pretend, rather than face questions from a child you can’t answer.

I belong to an edit group known as the Literati in North Texas Christian Writers circles. We’ve been together five or six years and I’m the ing, it, was, that, then, and ly Policewoman. We concentrate on writing tight. Our group of seven serious writers spare no feelings when editing one another’s work. And I am grateful for this group who’s become like family.

What was your most embarrassing moment as a writer?

Without a doubt, late last year when I received my first contract from Prism Book Group. My computer skills rank toward the low end of the techie scale, so when I had to email Jacqui Hopper and tell her “The computer ate my contract,”  embarrassed would have been a spot-on assessment. Yep, clicked back to print the contract to sign and return, and the sucker had vanished. Vacated. Vaporized. Humiliated would have been another good description, but thank the good Lord, Jacqui has a sense of humor, together with a large portion of the gift of mercy.

What has been your most difficult challenge as an author?

Technology. This old gal learned to type on a manual typewriter. You know where the words zipped from your brain to your finger tips and magically appeared on the page. No programs. No delete buttons. No crashes. I detest machines that are smarter than me.

How do  you process rejections and/or negative reviews?

Doing better in that department. The first time the Master’s Plan was rejected I cried for a week, knowing they hated my kids, my husband, and the dog too. Now a small cellophane pack of Kleenex will see me through the current recovery process.

What do you feel is the best success so far in your writing career?

Two or three years ago The PageMasters, a group of homeschooled teens, held their first meeting. Since that time all have become award winning writers within North Texas Christian Writers, and two have won national awards within the home school  scholastic organization. These committed teens meet twice a month to edit, encourage and inspire each other. And one of my teens has just contracted for his third article to be published by Encounter Magazine. Can you tell I’m very proud of these talented kiddos?

What would be your top three pieces of advice to newer, up and coming authors?

As a Christian author, what would you like your legacy to be?

An encourager. That first draft is such fun. Ideas swirl and fingers fly over the keyboard and fill the pages. Then the work begins—shaping, slicing, and molding creative stories into a marketable book. And many writers are lost in the crevices of despair and disappointment. If I can encourage one person to use the gifts God has picked especially for them, I’ll have served my purpose as a tool in His hands.

What is your current work in progress?

My first YA novel will be released in August. Roped is the first book in this Texas Rodeo series. Two teens are trapped in a generational tug-a-war that explodes into a desperate scandal which will change both girls and their families forever. Crissy Crosby and her family have a heritage of faith in God for generations past. Jodie Lea Fairgate and her family’s heritage is spelled M-O-N-E-Y. And lots of it.

With Rodeo as the branding iron stoking the fire of competition between the girls, Rodeo also snatches the lid of secrecy off the generational sins of the fathers.

I’m half-way through the sequel Twisted, as this boiling gene pool reveals twisted secrets, hidden for generations, secrets threatening lives and destroying dreams of all herded into this canyon of  lies. Who will survive? And what will become of those caught in the sins of the fathers? I don’t know…the girls haven’t told me yet.

But, we’ve agreed it will take a third book to complete their stories.

Texas writer, DiAne Gates, illustrates and writes fiction for children, YA, and serious non-fiction for the folks. Her passion is calling the Church’s attention to how far we’ve catapulted from God’s order as evidenced by her blog Moving the Ancient Boundaries, http://dianegates.wordpress.com

Under contract with Prism Book Group for her YA novel Roped, DiAne reported and worked as a photographer for the East Texas Youth Rodeo Association. She had the opportunity to be in the rodeo arena, feel the sting of Texas turf in her face and across her camera lens, which gave birth to this western rodeo adventure series. The sequel Twisted is almost finished, and the third story still spins in her head.

DiAne leads two edit groups for North Texas Christian Writers—LifeSavers for adults, and the award winning teen group, The PageMasters. She facilitates GriefShare, an international support ministry for those who’ve lost loved ones.

Wife, mother, and grandmother, whose passion is to share those hard life lessons God taught her. Lessons that will leap from the page into your heart and play out in family relationships.