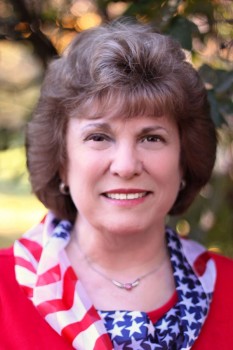 Beth Ziarnik has been an unexpected blessing early on in my own writing journey and it’s a thrill that after all she’s invested in me and so many others, that I can celebrate with her the fruit of her efforts: her first published novel, Her Deadly Inheritance.

When did you decide that you would be an author? Was it something you fell into, felt called to… ?

I was in elementary school—maybe nine or ten years old. Standing within our small town library, I gazed at a shelf of fairy tale books—the Green Book, the Red Book, the Blue Book, the Yellow Book, and so many more. That’s when I decided I’d love to write stories that gave readers as much enjoyment as those books gave me. Actually, I’m not far off the mark as I writing romantic suspense. Fairy tales are love stories, right? And each has some huge and frightening obstacle the heroes and heroines must overcome. It wasn’t until my late teens that I fell in love with romantic suspense. About fifteen years later, I began to dream and plan to write my own novels—long before Christian publishers considered releasing the genre. I’ve learned since then that dreams are often planted in our hearts by God who is already guiding us along paths that prepare us to take hold of those dreams.

I’m not sure I have one. Twelve years of severe Chronic Fatigue and Immune Dysfunction Syndrome knocked a boatload of impatience out of me. As for the illness, the Lord healed me almost 16 years ago.

What was your most embarrassing moment as a writer?

During the 2013 Write-to-Publish Conference Awards Banquet while relaxing after dinner and enjoying the presentations. When Chris Richards announced the winner of her company’s award, she said something about “Beth” and not wanting to butcher the writer’s last name. I looked around, expecting some other Beth to stand up. I turned back, and Chris smiled at me and nodded. I totally froze! Couldn’t move a muscle. Not until the writer next to me grinned and leaned over to whisper, “Beth, you have to go up and receive the award.”

I quickly joined Chris and turned my back to the microphone to ask her, “Are you sure?” Yes, it was real! And, from the soft, supportive laughter in the room, it seems everyone there knew at the start that I was the Beth Chris had been talking about.

What has been your most difficult challenge as an author? 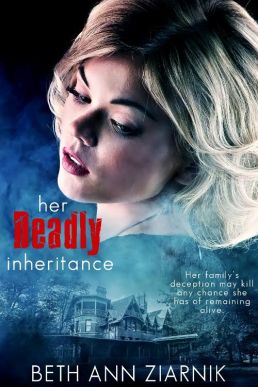 Hanging in there down through the years as I was learning the skills to become a published novelist. Especially the last few years before Rowena Kuo at Lighthouse of the Carolinas offered a contract to publish Her Deadly Inheritance. During that time of waiting for breakthrough, I knew I was close but couldn’t quite make it. Editors and agents asked for the full manuscript. No one made an offer—though they all encouraged me to keep seeking the agent who would love and champion my work. That agent turned out to be Jim Hart of Hartline Literary Agency. I signed with him in August 2013. Then in December 2014, Rowena offered a contract and teamed me with editor Chris Richards who, about the time of the contract offer, had joined the LPC family.

How do you process rejections and/or negative reviews?

Rejection is difficult, but I’ve learned not to take it personally. Editors and agents want us to succeed, but first, we have to get to the necessary level of skill, and then offer them something they can actually use in their magazine or book line-up.

What do you feel is the best success so far in your writing career?

Making the multitude of wonderful friends in the industry—writers (published or unpublished), mentors, editors, agents, conference directors and staff. All with beautiful hearts determined to serve the Lord and honor him with their growing talents. I am blessed and so thankful to God for them. I feel the same about readers, whether or not they have responded to my articles and columns to let me know what those writings have meant to them.

What would be your top three pieces of advice to newer, up and coming authors?

As a Christian author, what would you like your legacy to be?

That, through my writings, I have encouraged others to “walk by faith, not by sight” (2 Corinthians 5:7) and to love in the beautiful, unselfish way the Lord describes in 1 Corinthians 13:4-8.

What is your current work in process?

I’m writing a continuation of Jill’s and Clay’s story as they face another life-threatening situation and new challenges to their growing love. It’s Christmas time as they arrive at her birth father’s Milwaukee mansion to spend a few days getting to know him. There they find him gravely ill and his life in danger from some unknown source—a danger that spreads to include Jill. Add to the mix, Jill’s former fiancé who decides to give Clay serious competition.